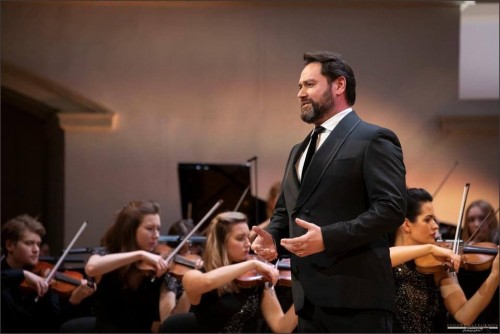 Ildar Abdrazakov performs at the anniversary of the Moscow Philharmonic

On , Ildar Abdrazakov will take part in the Jubilee Gala Concert on the occasion of the 100th anniversary of the Moscow State Philharmonic. Daniil Trifonov (piano), Denis Matsuev (piano), Yuri Bashmet (viola), Anne-Sophie Mutter (violin), Maxim Vengerov (violin) will perform among others accompanied by the Russian National Youth Symphony Orchestra and Valery Gergiev.

The program includes works by Shostakovich, Beethoven, Mozart, Vivaldi, Stravinsky, and Tchaikovsky. Ildar Abdrazakov will perform Aleko's cavatina from the opera by Rachmaninoff.

On the occasion of the anniversary, online broadcasting of the concert is provided by . You can also watch it live on on the day of the concert and for three days after.